"More than any other nation on Earth, America has constantly drawn strength and spirit from wave after wave of immigrants. In each generation, they have proved to be the most restless, the most adventurous, the most innovative, the most industrious of people. Bearing different memories, honoring different heritages, they have strengthened our economy, enriched our culture, renewed our promise of freedom and opportunity for all…."
President Bill Clinton 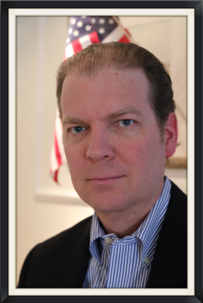 Since 2003, Attorney Hoffmann has been helping individuals, families, and businesses with their immigration matters with great passion and success.

"There is nothing more professionally rewarding than helping my clients pursue the American dream!"

Born in Chicago, IL, Peter worked in Washington, D.C. before entering Boston University Law School, where Peter excelled in legal research and writing, negotiation competitions, and the rapidly evolving area of internet technology law.. He spent his summers during law school working for the U.S. EPA, Massachusetts Appeals Court Justice Mel Greenberg, and for a large corporate law firm in Providence, Rhode Island. After graduating law school in 2001, he passed both the Massachusetts and Rhode Island bar exams two days apart and on the first attempt. He then took an offer from a  large corporate law firm in Providence, Rhode Island, where he practiced corporate law and litigation, including employment-based immigration matters. In, 2003 Attorney Hoffmann resigned his law firm position to open his own immigration practice in Boston, Massachusetts.

​​​​​“Immigrant families have integrated themselves into our communities, establishing deep roots. Whenever they have settled, they have made lasting contributions to the economic vitality and diversity of our communities and our nation. Our economy depends on these hard-working, taxpaying workers. They have assisted America in its economic boom."